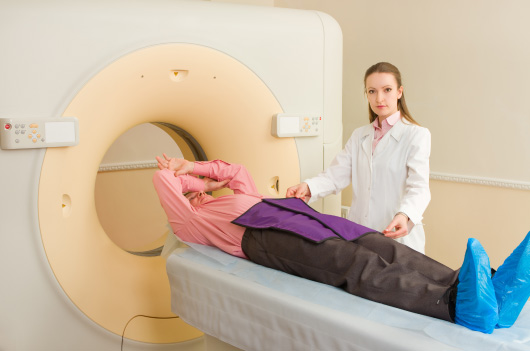 Students entering the radiology field must navigate the ever-changing environment of not only radiology but also health care. Along with an influx of opportunity and development comes a variety of potential pitfalls. However, many universities are adapting their programs to best prepare students for the future.

One such university is Charles R. Drew University (CDU) in Los Angeles. Eugene Hasson, MS, RT(R), CRT, program director and an assistant professor of radiologic technology at CDU, suggests that the demand for radiologic technologists will only grow in the coming years. As the average US employment growth rate is estimated at 5% to 9% between 2016 and 2026, overall employment of radiologic technologists is projected to grow faster than average, at a rate of 13%, Hasson says. He adds that, in the coming decades, a shift in population demographics means that more elderly patients will necessitate medical imaging in order to receive accurate diagnoses.

“Many current technologists are retiring and/or changing imaging modalities to computed tomography, nuclear medicine, ultrasound, and mammography,” Hasson says. As this transition occurs, new employees will be needed to fulfill the growing need for medical imaging. Students who are preparing to fill these roles must undergo clinical and didactic instruction in order to obtain practical knowledge while gaining a hands-on understanding of equipment and technology.

“A typical program requires students to be proficient in patient care skills, radiation protection, image production and acquisition, and patient positioning,” Hasson says. “After school, graduates take a national examination for certification, which is a requirement for employment.”

Adaptations Abound
When asked whether recent policy changes would affect the job market for rad techs, Hasson says, “I don’t think the role of a technologist will decrease. With modern medicine and people living longer, I think the need for medical imaging will increase.”

If policy isn’t projected to affect the role of rad techs, will technology change it? The impetus for change may be less a matter of decreasing demand than a shift in methods and skills. As AI and other deep learning technologies are developed further and introduced to more and more practices nationwide, the role of rad techs will likely need to adapt. Rad techs will need to have a solid foundation in technology in order to effectively work with AI and deep learning. For example, rad techs may responsible for directing AI to home in on a specific area for diagnosis.

The Human Touch
In addition, patient care is an aspect of health care that machines cannot replicate and is an important part of both a radiologist’s and a rad tech’s job. While rad techs will need to adapt in many other areas, one constant is the fact that machine learning only handles data and analytics—not the patient-facing side of health care.

According to Noel Rollon, MEd, RT(R), CRT, clinical coordinator of radiologic technology at CDU, patient care is a critical area of study, particularly for certification. “The areas that are covered in the ARRT [American Registry of Radiologic Technologists] examination are image production, patient care, radiation safety, and positioning, so we have to make sure our students are taught those areas,” Rollon says.

As AI fills the more data-driven roles of radiology, perhaps more of a focus will come to patient care in the context of the role of rad techs.

One thing is certain; change is afoot. There will be a space for rad techs in the midst of this technological transformation, if they are resilient enough to work alongside AI, and the future of the industry begins with education. In order to efficiently train and prepare students seeking a rad tech certification, educators must reevaluate how the skills of a rad tech can best be put to use in this shifting domain.

— Cate Hayes is an editorial intern at Radiology Today.
Tweets by RadiologyToday
</html