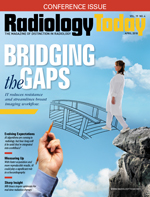 With faster acquisition and more reproducible results, AI could play a significant role in echocardiography.

Echocardiography is one of the most widely used noninvasive imaging techniques for evaluating heart disease—the leading killer of both men and women in the world, according to the World Health Organization. According to Robin L. Wiegerink, MNPL, CEO of the American Society of Echocardiography, around 30 million echocardiographic studies were performed in the United States in 2016. The results are used in making decisions about medical, interventional, and/or surgical management of both cardiac and noncardiac patients.

Echo is the gateway to diagnosis and management of cardiac diseases. Yet it can take six months to a year for a sonographer or physician to become skilled at acquiring quality ultrasound images of the heart chambers, valves, walls, and blood vessels attached to the heart, says Randolph P. Martin, MD, FACC, FASE, emeritus professor of medicine (cardiology) at Emory University School of Medicine, past president of the American Society of Echocardiography (ASE), and CMO of Bay Labs in San Francisco. "Then, interpretation is built on the quality of the images you have to work with and your ability to see the nuances in the hundreds of thousands of studies you see in your career," Martin says. "Your interpretive skills are built up over a lifetime of looking at images."

From 2D to 3D
Echocardiography is a key test to make measurements of the size and shape of the heart's valves and chambers. They include measurements of the left atrial volume, left ventricular volume, and ejection fraction. The measurements are used to detect pumping capacity, identify the location and extent of any tissue damage, and detect the function and health of heart valves and chambers. However, making relevant and accurate measurements can be time-consuming, "and therefore most people don't necessarily make them," says Mani Vannan, MD, director of cardiovascular imaging at Piedmont Heart, director of echocardiography at the Fuqua Heart Center, and medical director of valvular imaging at the Marcus Heart Valve Center in Atlanta.

"Instead, they eyeball it and provide a guesstimate of what the numbers might be," he says. "This isn't true of everyone, but the vast majority," Vannan says. Guidelines from the ASE, the American College of Cardiology, and the American Heart Association say the best practice is to make actual measurements. "It's a uniform recommendation but, because of the time it takes, not one that is widely followed," Vannan says. Most echocardiography labs are extremely busy and allot 45 to 60 minutes for an exam. It's almost impossible to make all the necessary measurements in that time frame, Vannan says.

Another issue with echocardiography is that it's mostly done in two dimensions, although the heart is a 3D structure. The use of 3D echocardiography is on the rise, but its adoption in clinical practice has been slow. "Three-dimensional echo is more accurate than 2D and is the way echocardiography should be done," says Roberto M. Lang, MD, a professor of medicine and director of noninvasive cardiac imaging laboratories at the University of Chicago Medicine. Lang is also a past president of the ASE. However, like taking measurements, 3D echo is more time consuming than 2D echo and, therefore, not as likely to be done.

"If you take 3D imaging, now you have a data set that is by the nth-degree richer than 2D imaging," Vannan says.

Because 3D imaging requires more time to acquire and takes more time to interpret, it isn't being used as much as it should be, Lang and Vannan agree.

Time Savings
To address some of these issues, vendors are beginning to add artificial intelligence (AI) capabilities to their echocardiography systems. In the last year or so, a number of medical technology and medical device companies, including Philips, Siemens, and Bay Labs, have introduced software that uses deep learning AI to aid in the acquisition and interpretation of echocardiographic exams and improve the treatment of heart diseases. AI is also able to reduce the variability in the acquisition and interpretation of echo exams and can mimic the skills of an experienced provider, Martin says.

AI modeling software provides many advantages to echocardiography, including time savings and reproducible results. Lang, who uses Heart Model A.I., says the time savings for making measurements are outstanding: "It could take you four to five minutes to make manual measurements where with the computer it takes you 22 seconds. That's a huge gain."

AI allows physicians to start their interpretations closer to the finish line, Lang says; the computer will identify the critical images, and they can start their interpretations there. Also, the increased reproducibility of the results is important when it comes to treatment. "If you want to see whether the intervention you've chosen—whether medication or surgery—is working, you can do it much more reliably if your results are reproducible," Lang says.

Martin believes that AI and machine learning will allow echocardiography to diagnose heart disease at an earlier stage, no matter where the patients are, and thereby allow for better management of patients' conditions.

New Applications
Those who specialize in echocardiography see AI playing a significant role in a number of other ways, including helping to diagnose rare conditions and select the most appropriate treatments for the heart diseases that it helps uncover. It can also help bring echocardiography to areas of the world where it's not currently available but greatly needed, they say.

Vannan, who uses Siemens' eSie Left Heart and eSie Valves—which provides knowledge-based aortic and mitral valve modeling—is excited because he believes the computer can be taught to detect heart disease that he may never have seen, despite his many years as a cardiologist. For example, "There are going to be varieties of diseases involving mitral valves which I have never seen or will [never] see," he says. "There are an infinite variety of diseases in human beings. No one has seen it all." Provide the computer with 1 million data sets of mitral valves on 1 million patients, and when it comes across one that it wasn't given, it still can recognize it as diseased and alert the physician, he says. "The reach of artificial intelligence is infinite."

"Physicians need measurements that are not only accurate but also reproducible when deciding whether a transvalvular aortic valve replacement is the most appropriate therapy for their patient and what kind of valve to use," Vannan says. "I don't think the human eye can make these deductions all on its own. It needs the help of artificial intelligence to do it well."

Martin thinks AI can help bring echocardiography to countries that have access to neither the technology nor trained practitioners. "There are places in outlying areas, such as in Africa and Asia and other developing countries, where this simple echocardiography tool can play a dramatic role in picking up diseases like rheumatic heart disease and valvular heart disease and diagnose it earlier. An earlier diagnosis can lead to appropriate management and save lives," he says. The software could be loaded on small, portable echo machines and "schoolteachers in developing countries and even in rural areas of America could be taught how to obtain images in a very short period of time. The images could be autointerpreted, and you would know whether this young child or young adult has rheumatic heart disease and treat it before it becomes life threatening."

There is a learning curve when it comes to using AI with echocardiography. "However," Lang says, "it's a minor learning curve. The learning curve is much shorter than if you had to do it the regular way of manually taking measurements."

Friend Not Foe
Alexandra Gonçalves, MD, PhD, MMSc, senior medical director of cardiology for Philips Ultrasound, is confident that AI will "increase the quality of health care globally, including underserved areas of the world." She notes, however, that the use of AI in echocardiography is still in its infancy. "There's much more to be done," Gonçalves says. But AI shows promise.

Are the results of an echocardiogram more accurate with AI running in the background? A study published in February 2017 in the European Heart Journal aimed to determine its accuracy and reproducibility in a multicenter setting of three different heart measurements: left atrial volume, left ventricular volume, and ejection fraction. Researchers imaged 180 patients across six sites using 3D echo with the Philips EPIQ ultrasound system. All images were analyzed using HeartModel A.I. software. The study found that automated 3D echo analysis of left heart chambers is an accurate alternative to conventional manual methodology; the AI technology yields almost the same values across laboratories and is more reproducible.

The one drawback relates more to ultrasound than AI, Lang says. "With CT and MRI, you get good quality images on virtually every patient," he says. Unlike CT or MRI, where the operator pushes a button and produces the image, ultrasound is operator dependent; the sonographer or physician has to know where to place the transducer to get the best quality images. "Ultrasound, it's more of an art," Lang says. "If patients are very obese or have smoked or have emphysema, the quality of their images may not be as good, and the accuracy of ultrasound is very dependent on the quality of its images."

Despite its potential advantages, talk of AI inevitably leads some professionals to worry that it could replace them. Not Vannan. "I'm fully convinced that artificial intelligence is a friend, not a foe," he says. "It is not going to replace doctors. It's going to make doctors better and, ultimately, patients are going to be the beneficiary of it." That's why Vannan is certain that "artificial intelligence is the way of the future as far as cardiac imaging and, certainly, echocardiography are concerned. We need it."

Martin isn't worried either. "This doesn't replace human judgment," Martin says. "These machines can say this person has a significant valve disease problem, but it's the physician who is going to use that information and determine the best management for that patient's disease."

Lang predicts that within three to five years, the use of AI in both 2D and 3D echocardiography will increase considerably. "In the future, artificial intelligence will run in the background and, when you finish acquiring the images, you have all the results you need," he says. Because acquisition and analysis are faster with AI, Lang expects the use of 3D to continue to increase. Like his colleagues, Lang believes AI will save physicians and sonographers time and give them the opportunity to use their expertise where it is most helpful—in caring for patients and determining appropriate management and treatment decisions.

"With AI, it's faster to acquire the images, and it gives the physician time to do other things," Lang says.