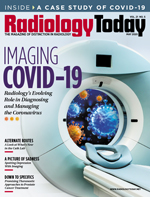 While 1 in 3 Americans will be diagnosed with cancer during their lifetime,1 a significant portion of these patients are not candidates for radiotherapy due to the advanced stage of their disease, and are instead relegated to poorly performing systemic therapies as the primary—and usually only—modality for their care. Although radiotherapy can garner very high response rates in early-stage cancer, its role in advanced-stage disease has been limited for clinical and technical reasons. In the past few years, however, these barriers have been fundamentally changing.

Recent studies and growing clinical evidence suggest a significant benefit of a combination therapy paradigm, ie, radiotherapy in addition to systemic therapy. One randomized controlled trial in stage 4 non–small cell lung cancer patients demonstrated a tripling in progression-free survival and doubling in overall survival.2 Another randomized trial in multiple stage 4 cancer types demonstrated a nearly 50% improvement in overall survival across the board.3 Despite this promising clinical evidence, technical barriers remain and clinicians are unable to efficiently treat multiple tumors extracranially during a single session with conventional radiotherapy. As seen in these studies, whose protocols allowed patients with as many as three to five body metastases to be treated, the average number of lesions treated was less than two.

The fundamental challenge to accurate delivery of stereotactic radiotherapy in the body is motion, both interfraction (between treatments) and intrafraction (during treatment). The state of the tumor or tumors and internal organs in the thorax and abdomen can change daily, depending on hydration and nutritional status, among other factors. Moreover, they move continuously with respiration and other bodily functions during treatment. This geometric uncertainty in the location of target and nearby tissues has led to innovation over the past few decades in the form of image-guided radiotherapies, which have incorporated X-ray, CT, and MRI into radiotherapy devices to enable concurrent imaging and treatment. While these anatomical imaging techniques have reduced this uncertainty and enabled safe delivery of higher stereotactic doses to tumors, the complexity of the radiotherapy workflow remains a significant barrier limiting treatment of multiple tumors throughout the body in the same treatment session.

BgRT
Turning to a biological imaging paradigm may remove this barrier by allowing concomitant treatment of multiple tumors in a single session. Biology-guided radiotherapy (BgRT), broadly characterized as the use of biological imaging information, ie, PET, to guide radiotherapy delivery, makes use of the well-established standard for diagnosing, staging, and monitoring treatment progress for many types of cancer.

Over the past decade, PET has been increasingly used in radiation treatment planning to better define targets. More advanced applications using PET in this “offline” mode include biological adaptation during the treatment course,4 such as between treatment sessions or adjusting treatment for a future treatment session, and the concept of “dose painting,” in which the dose prescription is spatially correlated with the PET tracer uptake distribution.5

However, these forms of offline radiotherapy guided by biology do not overcome the technical barrier of delivering radiation to more than one to two tumors in the body in the same session. What is needed is the ability to use the biological information PET provides in real time to guide radiotherapy delivery, in effect converting tumors into their own beacons to simplify and streamline the localization and motion management processes across multiple targets. This can be a challenge, as traditional PET involves a relatively longer duration imaging process compared with CT and MRI.

An emerging technology that attempts to address this challenge combines a PET/CT scanner and a linear accelerator on a fast, rotating gantry to leverage the continuous stream of information emanating from the patient in a real-time fashion. This new technology can enable real-time BgRT and same session treatment of multiple tumors throughout the body.

How It Works
Real-time BgRT relies on emissions generated by an injected radiotracer to guide the radiotherapy beam during each fraction, allowing for real-time, tracked dose delivery to tumors, including those in motion. Treatment planning begins with a CT simulation scan followed by contouring the target volumes and organs at risk. These data are imported into the treatment planning system, and the initial physician intent is created.

Clinical workflow includes an imaging-only session on the hybrid PET/CT linear accelerator to acquire a PET image for BgRT treatment planning and a CT scan for patient localization. The patient receives an injection of FDG and the imaging-only session is much like a treatment fraction, but without actual radiotherapy delivery. After generation and approval of the BgRT treatment plan, the patient receives an injection of FDG on each day of treatment delivery, likely a hypofractionated treatment course with five or fewer treatments, and, following the uptake period, is set up on the hybrid PET/CT linear accelerator for a pretreatment kilovoltage CT localization scan that confirms target locations. Once completed, the machine acquires a short-duration “prescan” PET image that verifies the deliverability of the treatment plan, before proceeding to real-time BgRT delivery.

The PET “image” used to guide BgRT delivery is different from a diagnostic PET image, which requires the accumulation of a large number of radiation emissions over several minutes. In contrast, PET image data for real-time BgRT consists of a much smaller number of emissions acquired in less than a second, eg, measured at 10 times per second. These limited time sample (LTS) images are converted into machine instructions that control the radiation beam to deliver the dose specified by the treatment plan with subsecond latency. LTS images continuously signal the tumor locations, during motion, throughout treatment delivery.

Differentiator
The key differentiator between image-guided radiotherapy and BgRT is the continuous live feedback from the tumor itself. This biological feedback can be derived from FDG and, in the future, from other PET imaging tracers that highlight specific aspects of cancer biology. As one example, prostate-specific membrane antigen tracers are currently being commercialized for prostate cancer detection and staging. Research efforts are underway to study how these new tracers can be used in offline and real-time BgRT paradigms.

Real-time BgRT will enable delivery of a tracked radiation dose to multiple tumors in the same session by making the tumors themselves continuously signal their location. This real-time information can serve to spare healthy tissues by potentially allowing physicians to reduce margins added to compensate for tumor motion in conventional radiotherapy, thereby reducing toxicity without compromising the dose to the targets. A conventional image-guided approach can require the use of implanted fiducial markers or surrounding anatomy to serve as surrogates for motion management. Such conventional approaches rely on a motion management process whose complexity varies by anatomic region. This remains the largest barrier to multitumor treatment.

While aspects of real-time BgRT treatment planning parallel conventional radiotherapy, the combination of PET/CT and radiotherapy in one machine brings a paradigm change to conventional image-guided radiotherapies. In addition to the potential margin reduction and toxicity savings that a tracked dose delivery can achieve for a single tumor, the potential to treat multiple tumors throughout the body in the same session opens the door to combination therapy paradigms that have yet to be accessed by those in the metastatic patient population.

The previously described randomized trial results suggest that external-beam radiation therapy can be used in a synergistic fashion to enhance the abilities of immunotherapies and other advanced systemic treatments in attacking cancer. Reduction of overall tumor burden, slowing the pace of cancer’s growth, ablating heterogeneous tumors that tend to increase resistance to drugs, and activating the patient’s immune system are all mechanisms through which radiation can potentially aid drug therapies and the patient’s natural defenses to combat their disease. If these hypotheses continue to be supported by mounting clinical evidence, BgRT may become an important tool in a combination therapy approach to metastatic cancer.

— Sam Mazin, PhD, is the founder and chief technology officer of RefleXion Medical. He received a Bachelor of Applied Science in Computer Engineering from the University of Waterloo in Canada and holds a PhD in Electrical Engineering from Stanford University.