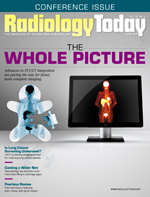 Last fall, the results from the Dutch-Belgian Randomized Lung Cancer Screening Trial (NELSON), the second largest randomized trial in the world, reaffirmed that low-dose CT (LDCT) screening can significantly reduce mortality for high-risk smokers, and these findings continue to reverberate throughout the screening community.

Laurie Fenton Ambrose, president and CEO of the Lung Cancer Alliance, says this definitive European study validated the findings of the National Lung Screening Trial (NLST), reinforcing the massive life-saving benefit of this cost-effective preventive service. The NLST found a 20% lung cancer mortality reduction with LDCT; the more recent NELSON trial has shown a 26% decrease in lung cancer mortality with LDCT in men and a 40% to 60% reduction in women.

“It has put to rest debate among those reticent to embrace LDCT and has shifted public health debate away from scientific validation to the responsible implementation of lung cancer screening in communities across the country and around the globe,” she says.

The problem is a stigma continues to plague efforts to address lung cancer with a more urgent, compassionate, and comprehensive plan of action to improve survivorship and quality of life for those impacted.

“No one deserves to die from lung cancer. Along with advocating for early detection and treatment research funding, Lung Cancer Alliance has made reversing stigma one of its core priorities,” Ambrose says. “Outcomes for our community would be far different if people understood that anyone could get lung cancer—regardless of whether they smoked or not.”

Importance of LDCT
Denise R. Aberle, MD, a professor of radiology and bioengineering at the David Geffen School of Medicine at UCLA, says LDCT works because it is applied to the lungs and, if the lungs are normally aerated, LDCT is sensitive for the detection of small nodules that may be cancer.

“Depending upon their size and consistency [the density of the nodule on CT], the nodules can be followed over time to assess whether they grow or increase in consistency, both of which are suggestive of lung cancer,” she says. “LDCT uses low radiation dose; with modern scanner technologies, the doses are very low, such that even cumulative exposure over 20 to 25 years annually results in only modest dose.”

The two previously mentioned major randomized controlled trials using LDCT have proven definitively that these screenings are a highly effective way to assess lung nodules in people at high risk for lung cancer, often leading to detection of suspicious nodules and subsequent surgical intervention at relatively low rates and with few false-positives. LDCT can detect lung cancers before they become clinical, at which time disease is usually advanced and treatments are rarely curative. The overall five-year survival rate of lung cancer is dismal—approximately 15% to 17%. When caught and treated early, survival rates can be much higher, on the order of 70% to 90%, depending upon stage at diagnosis. Simply put, Ambrose notes, LDCT screening saves lives, as it is the only test now that can find lung cancer at its earliest, most treatable, and most curable stage.

“And it is conservatively estimated that tens of thousands of lives can be saved, which is why we are working to swiftly and effectively bring excellence in lung cancer screening and care to communities nationwide, elevating public and provider awareness about this life-saving opportunity and advocating for appropriate coverage and reimbursement policies to support—not be a barrier to—accessing this benefit,” Ambrose says.

Aberle says the benefits of early detection haven’t changed. Early detection offers the potential to detect a lung cancer early in its evolution, when local curative interventions such as resection, local radiotherapy, or ablation techniques could significantly increase the chances of cure and reduce the risk of dying from the disease. Early detection is also important to advancing new avenues of research and discoveries.

“Consider that most lung cancer research is being conducted at later stage, when the vast majority of lung cancer is currently being detected and when the disease has metastasized,” Ambrose says. “If we were to collect patient data, images, and biomedical samples at earlier and even precancerous stages, which screening would help do, we could not only shift staging but also shift research strategies. This is win-win on all fronts.”

Barriers to Screening
Although lung screening is extremely important, it’s still not being done as much as it should be. Ambrose says there needs to be a greater public awareness about how vital lung cancer screening is.

“We need medical providers to be more engaged and familiar with lung cancer screening guidelines and actually prescribing these exams for appropriate high-risk patients,” Ambrose says. “We also need to ensure lung cancer screening is being implemented in medical settings following best practices within a multidisciplinary team, particularly in community-based settings where the vast majority of the public access their care. And, lastly, we need to set adequate funding, coverage, and reimbursement levels to ensure that these policies don’t result in a barrier to access.”

“Practices really do need to have a business plan, secure resources, and make referral connections for this to happen,” she says. “It’s not something as simple as putting people on a scanner and start doing screening. You really have to have a program, much as you would for breast cancer screening.”

One obstacle, Kazerooni says, is related to some of the elements of the Medicare coverage decision, which requires a shared decision making to be eligible. That cannot be done by the radiologist; it has to be done by a referring service, and that takes a lot of time for a primary care practitioner.

Aberle notes that, commonly, clinicians often don’t know the eligibility criteria or to whom to refer patients; furthermore, they simply don’t have time to comply with the substantial documentation requirements to make sure the screening is covered by insurance and/or Medicare.

“There are financial, cultural, and geographic challenges that preclude many individuals from being screened—those without health care coverage, those in underrepresented or lower socioeconomic areas, those living in remote, rural regions or inner cities far from health care centers,” she says. “Heavy smoking is often a major issue in these populations, and screening and effective smoking cessation would benefit many of them who smoke heavily—but they aren’t screened.”

Aberle says among the potential harms of screening is the false-positive rate, meaning that a “positive” CT screen implies an indeterminate nodule. In most instances, she explains, the nodule is followed up in three to six months, with a smaller number of patients undergoing subsequent interventional procedures such as biopsy or surgery. Therefore, an unmet need in the screening world is a better way to distinguish benign from malignant nodules.

The Lung Cancer Alliance’s National Framework of Excellence in Lung Cancer Screening and Continuum of Care is working to address all of these issues in collaboration with other committed public and private partners. Today, there are more than 650 screening programs in 32 states plus Washington, D.C., that have received the Screening Center of Excellence designation.

“These are programs where patients and their referring providers can access high-quality, responsible lung cancer screening from a program committed to best practices,” Ambrose says. “We equip these programs with awareness and patient education resources, provide training and technical assistance, and connect them with their peers for resource and knowledge sharing, all to help them improve workflows, overcome barriers, and build capacity.”

Now, with several years of tracking screening implementation in community settings under its belt, the Lung Cancer Alliance is analyzing data and reporting on findings that reveal a definitive lung cancer stage shift among patients screened in nonacademic facilities on par with academic facilities. The data from those patients provide insight on incidental findings, key barriers to access, and other risk factors that are helping inform the screening implementation experience.

“No other cancer is poised to realize the scale and magnitude of benefit that is now being reported for the lung cancer community,” Ambrose says. “Given the import and potential of opportunity, Lung Cancer Alliance will continue to bring vigor, focus, and leadership to developing programs; guidance to ensure the safe, responsible, and equitable implementation of lung cancer screening in communities all across this country; and proper health messages to those at risk.”

“Among the major latest areas of research interest is deep learning, which is a machine learning technique designed to enable computers to classify nodules based on training from large sets of data,” Aberle says. “This technology would train based on imaging features but could also include other forms of information, like clinical data or even molecular data from readily accessible biospecimens, such as blood.”

Several investigators and those in industry are actively developing such AI systems, called neural networks, in hopes of reducing the number of indeterminate lung nodules for which either cancer or noncancer diagnoses are not known.

Yufeng “Matt” Deng, PhD, director of Infervision North America, says in the CT lung screening process, AI would serve as the concurrent reader for the radiologists, which can be responsible for assisting in the analysis of CT images, helping with the longitudinal comparison, predicting the nodule malignancy, and generating radiology reports in an accurate and efficient manner.

“After a CT scan is performed, AI starts its analysis work—accurately detecting any nodules and abnormalities, predicting their malignancy, and looking at the previous screening results [longitudinal analysis] of the patient to monitor any size change of the nodules,” Deng says. “When it completes the analysis process, AI would automatically generate the radiology report for the radiologists based on its findings within seconds, and the report can also be conveniently modified by the radiologist if needed.”

This application would shorten the turnaround time as well as reduce the false-negative and false-positive rates.

“One of the risks for the CT lung screening process is the uncertain false-negative and false-positive rate, which means there could either be a condition or cancer that is not found during the exam or there can be cases of finding something in the lung that could be cancer but in fact it is not,” Deng says. “These two conditions can be very costly, both in terms of money and psychological burden. Fortunately, assisted by AI, the diagnosis can be more accurate, thus helping to effectively lower the false-negative and false-positive rate.”

AI can also assist with the longitudinal analysis, which can be helpful in determining any size changes in the nodules of follow-up patients by comparing multiple scan images across time. Deng believes AI will soon become an integral part of the lung cancer screening process.

“AI has the potential to streamline the screening, follow-up, diagnosis process and provide standardized and quantitative reports to aid radiologists in diagnosing and monitoring lung nodules,” he says. “The radiologists will be able to utilize the information provided by AI, stage the lung cancer quickly and accurately, and come up with subsequent actions.”