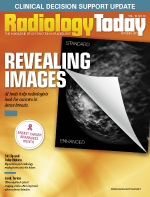 A 74-year-old woman with a history of cutaneous T-cell lymphoma, diabetes, coronary artery disease, and hypothyroidism presented to her primary care provider with a painless palpable mass in her right breast centered at 12:00. A right breast diagnostic mammogram, targeted ultrasound, and an ultrasound-guided biopsy were ordered and performed. Pathology revealed primary breast diffuse large B-cell lymphoma (DLBCL) with high-grade features. PET/CT was then performed. 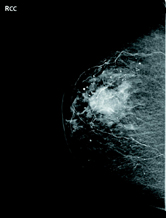 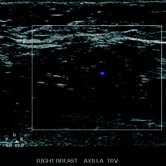 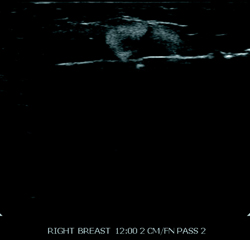 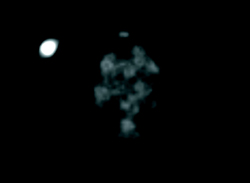 Discussion
• Lymphoma stems from uncontrollably dividing lymphocytes, which are made in bone marrow and can develop into either B-cells or T-cells. There are two types of lymphomas: Hodgkin lymphoma and non-Hodgkin lymphoma.

• Primary breast DLBCL is rare and represents ~1% of all non-Hodgkin lymphoma. It is the most common subtype of breast lymphoma.

• Primary breast DLBCL typically presents in women in their fifth or sixth decade as a mass in the breast and can cause dermal thickening and pain. Other general signs and symptoms include anemia, fatigue, and loss of appetite. DLBCL may have a similar clinical and radiological presentation as breast carcinoma, but disease treatment and survival outcomes differ.

• Currently, chemotherapy combined with radiation therapy is considered the best treatment in terms of event-free survival and overall survival.

• DLBCL is associated with central nervous system progression, and there is a significant risk of contralateral breast involvement (12.5%). Ipsilateral breast relapse of primary breast DLBCL occurs on average within 2.6 years from the commencement of treatment.

• Disease prognosis depends on many factors including the progression of the condition, response to treatment, and overall health of the patient. In general, the prognosis is guarded and is mainly based on the stage of the tumor.