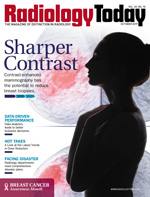 Managing nuclear medicine workflow can be cumbersome. For example, issues of interface access and IT resource constraints can be significant workflow impediments at many facilities. Issues such as these convinced Manatee Healthcare System (MHS) in Bradenton, Florida, to try a cloud-based solution. In July 2018, MHS converted to Cardinal Health’s Nuctrac.

Nuctrac is the first integrated cloud-based solution for nuclear medicine departments. It integrates with any EHR capable of using an HL7 connection and allows departments to order and receive shipments of radiopharmaceuticals, calibrate dose, schedule waste disposal, return unused product, generate end-of-day reports, and manage compliance with regulatory requirements, among other functions. Facilities that use the system load their daily schedule, a technologist sends the day’s orders to the radiopharmacy, and the radiopharmacy sends the imaging agents to the facility. While there are many reasons that a health care facility may decide to implement a cloud-based solution, Bryon Scott, manager of pharmacy technology for Cardinal Health, says, in MHS’ case, standardization of the application across multiple facilities was an important driver.

“They found that Nuctrac gave them the standardization and some access that they didn’t have before,” Scott says. “In addition, it also helped to reduce the infrastructure burden.”

Expanded Access
Because the solution is cloud based, it almost completely eliminates IT installation on the facility side. It’s accessed through a URL, which is significant, Scott says, because “nuclear medicine doesn’t tend to get IT priority in most facilities.” MHS was switching from a client server access model, so the ability to interface with the system from any location they chose helped to streamline workflow.

“In client server applications, users can only access the application where it’s installed, and that’s a common practice in nuclear medicine,” Scott says. “What happens is they install it in a single location or maybe two locations, and then people have to share it when they’re trying to get their work done. When facilities move to the cloud, users no longer have to do computer sharing. They can work from wherever they happen to be, as long as that computer has access to the internet. So it reduces time spent waiting for computers to be able to do their work.”

Because the application didn’t need to be installed on local PCs, it helped reduce the amount of IT support that was needed. It also eliminated the need to maintain an SQL server for backups. Scott says this produced savings in time and resources.

“MHS had to have people to support the older client server applications and the infrastructure around that. So they needed a server, and they needed to be able to do backups,” Scott says. “When we moved them to the cloud, we took that infrastructure off of their network and moved it to our network. So it gave them better access and reduced IT time.”

Scott adds that cloud storage is currently inexpensive. Other benefits, according to Scott, include short staff training times—which he estimates to be between 1.5 and two hours—a secure platform, and one-click access.

Earl Beck, RT, ARRT, nuclear medicine supervisor at MHS, says the app can typically be accessed with a single log-in, except in the case of stat orders. As far as workflow is concerned, Beck says he’s seen improvements since the system was implemented.