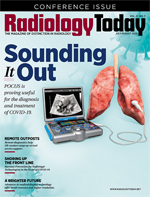 Despite current—and improved—screening methods, more than 40,000 women in the United States die from breast cancer each year. Part of the problem may be that approximately one-half of all women in their 40s and 50s have dense breasts—breast tissue that appears to be denser and have less fatty tissue on mammography. Breast density not only lowers the sensitivity of mammography but also increases the risk of developing breast cancer.

The ACR recommends a yearly MRI for women with dense breasts who are at high risk of developing breast cancer because they have other risk factors, including personal histories of breast cancer and/or being diagnosed before age 50. Evidence is mounting that women with dense breasts who are at average risk for breast cancer, ie, have no other risk factors, could benefit from MRI screening as well. For these women, an abbreviated MRI, Fast Breast MRI, may be all that is needed. A full breast MRI takes about 45 minutes; a Fast Breast MRI takes about 10 minutes with limited sequences, explains Donna Plecha, MD, chair of the department of radiology at University Hospitals in Cleveland.

The discussion has grown louder since a study comparing Fast Breast MRI with digital breast tomosynthesis (DBT) was published in February in the Journal of the American Medical Association (JAMA). The study compared the ability of a 10-minute MRI exam to detect breast cancer in average-risk, dense-breasted women with that of DBT. It found that Fast Breast MRI detected significantly more cancers than DBT in these women. The study’s findings come on the heels of an increasing number of recent studies that have found that DBT—3D mammography—finds more cancers than traditional 2D mammograms and also reduces the number of false-positives.

The cross-sectional JAMA study with longitudinal follow-up included 1,444 women who underwent both abbreviated breast MRI and DBT. The imaging exams were interpreted independently. The study found that the abbreviated breast MRI detected significantly more invasive cancers (17 women; 11.8 per 1,000 women) than DBT (7 women; 4.8 per 1,000 women). It also found that no invasive cancer was identified by DBT alone or as an interval cancer during follow-up; an interval cancer is diagnosed within 12 months after a screening exam that was interpreted as normal.

Identifying Aggressive Cancers
Plecha says the findings are not surprising given that “MRI has shown to be one of the most sensitive tools for finding breast cancer available today.” However, she explains, the most significant of the findings may be that abbreviated MRI appears to catch the most worrisome types of cancers earlier, when they are likely to be most treatable. Plecha says more research with more patients is needed to confirm this ability, but she is optimistic. The researchers have additional data that are yet to be published from this study, looking at the genomic characteristics of each of the cancers. These data are important to determine whether abbreviated MRI is indeed finding more aggressive cancers, Plecha says.

University Hospitals was one of 47 academic, community hospital, and private practice sites in the United States—along with one in Germany—where the study was conducted between December 2016 and November 2017 among average-risk women aged 40 to 75 years with heterogeneously dense or extremely dense breasts undergoing routine screening. Follow-up ascertainment of cancer diagnoses was complete through September 12, 2019. Women with dense breasts were identified as such by previous mammography, Plecha notes. In the United States, at least 30 states now have “density notification” laws requiring women to be informed of their breast density. Many of those laws also mandate that women be informed that additional screening can detect cancer not visible with mammography.

It is important to note, however, that abbreviated MRI did lead to slightly more false-positive results, including recommendations for biopsies of findings that turned out not to be cancer. Patients should be informed of the possibility of false-positive results so they can make an informed decision, Plecha says.

The JAMA study was designed and conducted by the ECOG-ACRIN Cancer Research Group with funding from the National Cancer Institute, part of the National Institutes of Health, and Bracco Diagnostics Inc. The ECOG-ACRIN Cancer Research Group is a membership-based scientific organization that designs and conducts cancer research involving adults who have or are at risk of developing cancer.

Growing Interest
Plecha says her institution is offering women the option of Fast Breast MRI for $250, as it’s not covered by insurance. “We don’t have enough data to recommend it outright to women with dense breasts,” Plecha says. “But I do think it’s something they should consider.” Interestingly, she says, patients at her institution seem to be more interested in an abbreviated MRI than they are in additional screening breast ultrasound, which has also been shown to increase detection of clinically important, small, largely invasive, node-negative cancers. She is not sure why.

Could abbreviated MRI someday be the preferred modality to mammography for women with dense breasts? “We don’t know the answer to that, yet,” Plecha says. “That study hasn’t been done.” The question of how often MRI would be necessary isn’t answered yet, either, she says, but more research will help find answers to these very important questions.