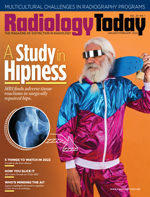 History
A 20-year-old woman without a significant personal or family history presented to an outpatient imaging center with a gradually enlarging palpable mass in the medial left breast without other associated symptoms. On physical examination, a large, nontender mass was palpable within the lower inner quadrant of the left breast, without nipple retraction or axillary lymphadenopathy on physical exam. A targeted left breast ultrasound and, subsequently, a diagnostic left breast mammogram were performed. 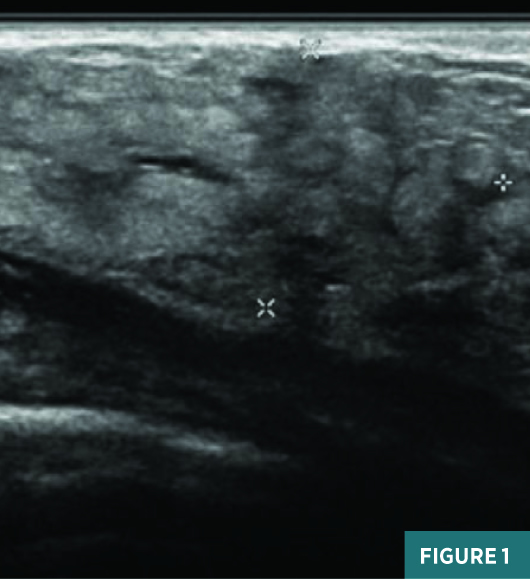 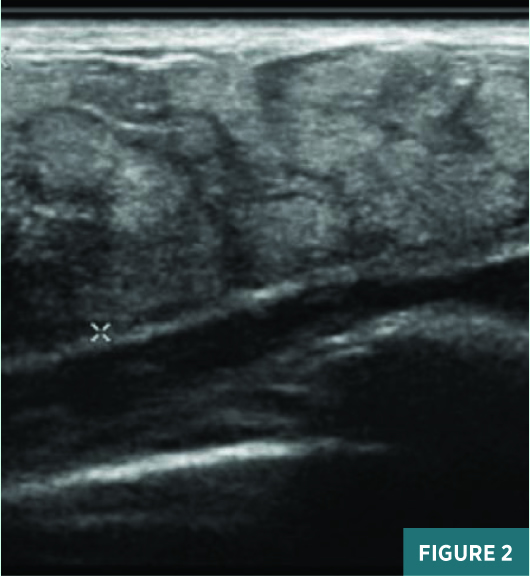 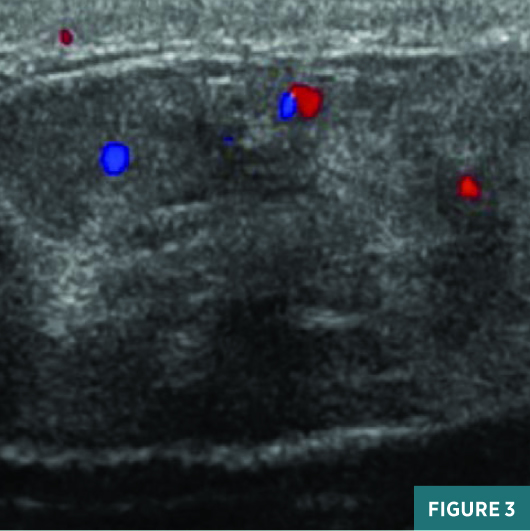 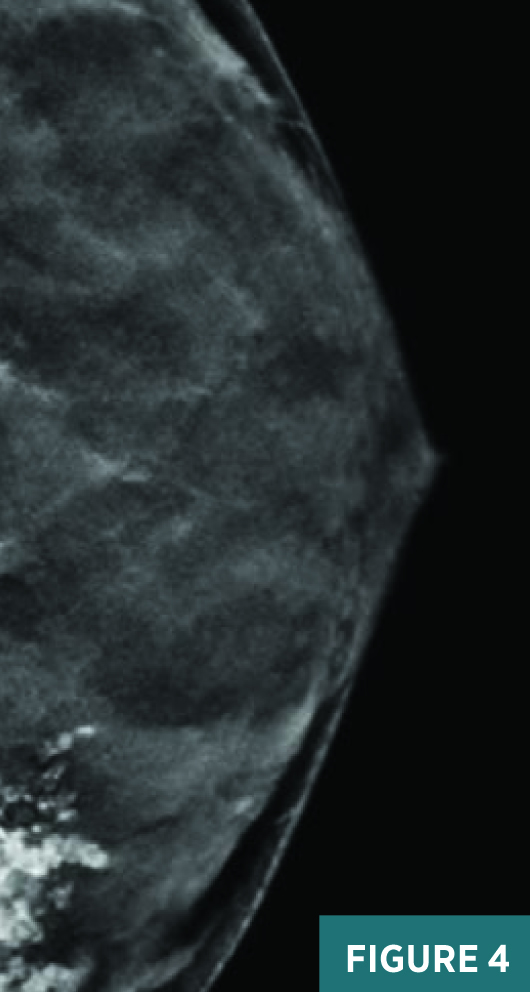 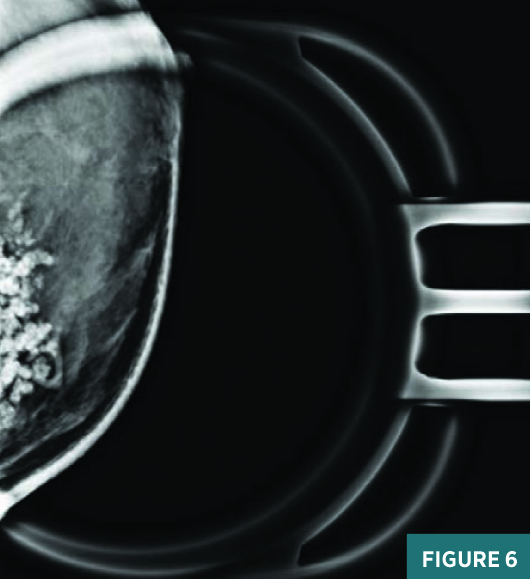 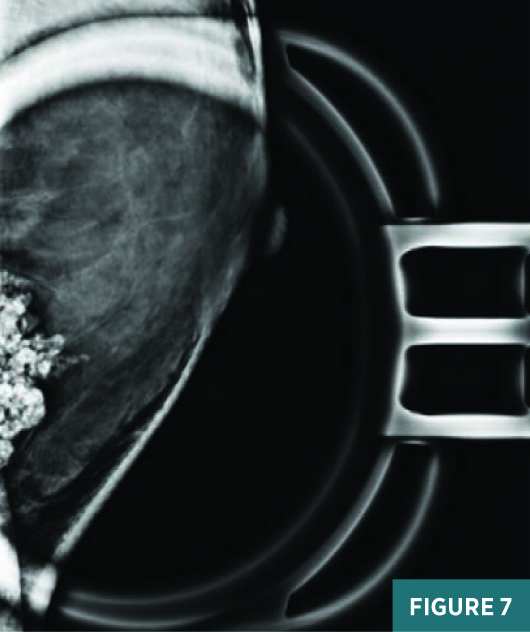 Diagnosis
Tubular adenoma of the breast.

Discussion
Tubular adenomas are rare, benign lesions of the breast that mainly occur in young women. These “pure adenomas” account for 0.13% to 1.7% of benign breast lesions.1 Histologically, they are characterized as having prominent lobular proliferation and closely packed small ducts with very little supporting stroma.2 Tubular adenomas have little to no increased risk of breast cancer. However, there are a few rare, reported cases of ductal carcinoma in situ arising from a tubular adenoma in the literature.3

It is imperative that a tubular adenoma be differentiated from other breast masses, such as fibroadenomas. Fibroadenomas are a common breast mass found in up to 10% of the global female population, often initially identified in young women under 30 years of age. Fibroadenomas are known to wax and wane in size with response to hormonal fluctuation. Postmenopausally, fibroadenomas degenerate and develop characteristic popcorn calcifications.4

In most cases, a tubular adenoma is classified as BI-RADS 3 (probably benign) or 4 (suspicious). If pursued, the histologic diagnosis of tubular adenoma is most commonly achieved through percutaneous core needle biopsy. This patient’s history of a rapidly enlarging mass with suspicious imaging features indicated that tissue sampling was warranted.

This case depicts an interesting, uncommon presentation in a young woman of tubular adenoma as a mass with coarse calcifications. History and clinical findings were suspicious, and imaging findings were nonspecific, with overlapping features of both benign and malignant etiologies. This unique presentation of a progressively growing, palpable mass in a young woman without a personal or family history of breast cancer highlights the array of possible breast pathologies and the need for histologic analysis of any suspicious mass to confirm diagnosis.

— Kate Yacona is a 4th-year medical student at Lake Erie College of Osteopathic Medicine in Pennsylvania.

— Hieu Diep, MD, is a diagnostic radiology resident at AdventHealth Orlando in Florida.

— Kamat Leena, MD, is a radiologist at AdventHealth Orlando.