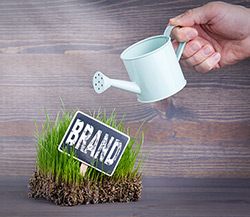 Picture, for a moment, the following: You are meeting someone new who is not in the medical profession, and the first question they ask you is, “What type of physician are you?” or “What is your specialty?” You pause for a moment trying to decide how best to describe your specialty, aware that the answer to this question may necessitate a long-winded explanation.

As an interventional radiologist, you are well seasoned in answering the array of questions that may ensue: “Do you treat with radiation? Do you perform nanosurgery? What part of the body do you deal with?” Even if the inquisitor’s frame of reference is within the medical profession, it is unlikely that they have ever ventured into the depths of the radiology department to see the workings of the angio suite or the complex and ever-expanding tools in your arsenal for treating everything from cancer to trauma to varicose veins. If one’s daily routine is anything like mine, this delicate dance has replayed itself almost weekly for the past several years. The underlying question remains “What is the best way to explain what IR is to the layperson?”

In 2017, a high-profile and shocking event made international news: US Representative Steve Scalise (R-Louisiana) was shot during practice for a congressional charity baseball game and sustained life-threatening injuries. If not for the emergent pelvic embolization procedure performed by an interventional radiologist, a procedure habitual to many of us, this congressman may not have survived. In another example, in May 2018, Melania Trump, first lady of the United States, underwent an embolization procedure for a “benign kidney condition,” according to the statement released by the White House.1

When perusing the national media outlets in the days and weeks after both of these incidents, one would be hard pressed to find the terms “interventional radiologist,” “interventional radiology,” or even “radiologist” in descriptions of the critical procedures performed or the physicians who performed them. In a detailed account of Scalise’s care, one source used the term “surgeries” to describe part of his treatment, but did not acknowledge IR or even interview the radiologist who performed the embolization procedure.2,3 When asked to describe his recovery, Scalise said he underwent “many, many surgeries” without referring specifically to an interventional radiologist.2 The first lady’s embolization received similar coverage, with one of the major news outlets interviewing a urologist, instead of a radiologist, for background on the procedure. To this day, one would be hard pressed to find IR mentioned in the press as part of her therapy. Why does IR as a specialty not receive the same recognition among the public or media as other specialties such as cardiology and vascular surgery?

One reason may be that that the terms “intervention” and “interventionalist” are not self-explanatory and they do not connote the same level of expertise as the terms “operation” and “surgeon.” According to the Merriam-Webster dictionary, to “intervene” is “to interfere with the outcome or course especially of a condition or process (as to prevent harm or improve functioning).” This is vague and does not describe the reality of performing an intricate, hands-on medical procedure that requires years of training to master. Terms associated with the definition are nondescript, eg, intercede, intermediate, and interpose. For the majority of people who are unfamiliar with the intricacies of providing care, it is conceivable to lump the terms “interventional” and “radiologist” and believe that an “interventional radiologist” literally “intervenes” regarding the amount of radiation delivered to a patient, as a radiation oncologist does, rather than provide complex, life-saving procedures akin to surgery using imaging as guidance.

The second reason is more simple: Monikers such as cardiologist, pulmonologist, cardiac surgeon, and vascular surgeon are well recognized and respected by the public. This is in part because these titles denote a physician who is an expert of a specific organ system, eg, heart, blood vessels, lungs. The interventional radiologist is not associated with a specific organ system, but rather a technology, also known as radiology.

“So what?” one might ask. “Why does it matter whether IR is recognized by the general public or the media? Isn’t it sufficient that those in the upper echelons of clinical practice know what we do as specialists?” The answer is not so simple.

As much as medical practice has trended toward close administrative oversight, it is cause for concern if the nuances and intricacies of IR are lost upon hospital administrators or patients. This specialty’s growth and ultimate survival may become more dependent on educating people about the important procedures interventional radiologists perform and the value we add to clinical care.

Branding a specialty with a title that is not abundantly coherent to a target population limits the ability to grow the specialty. So cardiologists and vascular surgeons may always get priority over interventional radiologists in vascular diseases because their brand qualifies them as specialists of these diseases. Similarly, radiation oncologists will always have an oncology referral base. Meanwhile, the IR community continues to have to educate administrators and patients about the important role IR plays in cancer therapy. Even the referring physicians we depend on may not have a comprehensive understanding of IR. There is evidence that until recently, many medical students were unfamiliar with the specialty and what exactly an interventional radiologist does.4

Why, then, adhere to a title that is vague, confusing, and ties the specialty to a technology—radiology—as opposed to a part of the human body, and a vague description—intervene—instead of defining it by an advanced skill set? It is time for IR to think about rebranding and marketing itself for what it is: a community of specialists who perform cutting-edge operative therapies for multiple diseases throughout the human body.

Consider, for example, how we could be recognized as providing an essential service and caring for patients if we referred to ourselves as “radiologic surgeons” or “surgical radiologists.” The IR residency pathway presents a window of opportunity for this specialty to detach from the guild of “radiology” and refer to itself by another name, such as, “minimally invasive surgery” or “image-guided surgery.”

Perhaps a call to action is upon us to find a more recognizable and encompassing term we can ascribe to our specialty that more creatively captures the delicate and critical procedures we perform. We should reflect upon and be proud of the remarkable skill set it takes to recanalize an occluded vessel, salvage a bleeding organ after a gunshot wound, or direct chemotherapy to an isolated focus in the liver. We, too, provide crucial, high-quality care to patients. It is time we advertise ourselves proudly and firmly as leaders in the delivery of health care.

— Lahav Nissim, MD, is a board-certified interventional radiologist with Envision Physician Services. He practices at the Abrazo Community Health Network in Phoenix.